my collegue was on customer and he configure the storage array for backups. The procedure was, that old storage array DS1012G1 was replaced with brand new Infortrend DS1012G2. The hdd was placed in the same order as in the old array. It was about 2 LUNs, one 16 TB Lun and 64 TB lun for backups. We reconfigured the new array, set host lun mappings and set iSCSI IP addresses – different that was on old array.

Both luns was visible in VMware on all nodes (3x ESXi 6.5 with vCenter 6.5) under iSCSI storage devides. But datastore is not visible. Both luns were Attached but not consumed. On the esx1 node i tried to add new storage and Keep Existing Signature – and it was OK. The datastore is visible ! but only on the 1 node of 3.

I run the putty to the esx2 and esx3 node. Using the esxcfg-volume command, I list out the volumes detected.

Using the esxcfg-volume –M UUID command ( -M for persistent , -m for non persistent) mount the volume. Now hop back to vCenter and take a look at the datastores. 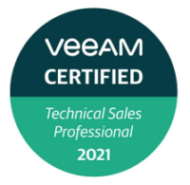 This website uses cookies to improve your experience while you navigate through the website. Out of these, the cookies that are categorized as necessary are stored on your browser as they are essential for the working of basic functionalities of the website. We also use third-party cookies that help us analyze and understand how you use this website. These cookies will be stored in your browser only with your consent. You also have the option to opt-out of these cookies. But opting out of some of these cookies may affect your browsing experience.
Necessary Vždy povoleno
Necessary cookies are absolutely essential for the website to function properly. This category only includes cookies that ensures basic functionalities and security features of the website. These cookies do not store any personal information.
Non-necessary
Any cookies that may not be particularly necessary for the website to function and is used specifically to collect user personal data via analytics, ads, other embedded contents are termed as non-necessary cookies. It is mandatory to procure user consent prior to running these cookies on your website.
ULOŽIT A PŘIJMOUT